On September 28-29, 2022, the Central Election Commission of Georgia and the LEPL Centre for Electoral Systems Development, Reforms and Training, in cooperation with the Office of the Council of Europe in Georgia, conducted a training on the topic - "Encouraging Women's Participation in Electoral Processes".

At the opening of the event, the participants were addressed by: Frank Deshler, Deputy Head of the Elections and Participatory Democracy Department of the Council of Europe, Giorgi Kalandarishvili, Chairman of the Central Election Commission of Georgia, Maia Zaridze, member of the Central Election Commission of Georgia and chairperson of the Gender Equality Council and Natia Zaalishvili, Director of the Centre for Electoral Systems Development, Reforms and Training. The speakers spoke about the importance of the role of women in the election processes, the need to strengthen the active participation of women in the decision-making process.

Female representatives of political unions - Georgian Dream - Democratic Georgia, United National Movement, Lelo for Georgia, European Georgia, Giorgi Vashadze - Strategy Aghmashenebeli, Alliance of Patriots, For Georgia, European Socialists and European Democrats of Georgia - discussed the following important topics: impact of electoral systems and gender quotas on women's representation; barriers to women's participation in political processes - gender stereotypes, discrimination and hate speech in the digital world; culture of debates; leadership and communication strategies. During the sessions, the participants were simultaneously informed about the standards of the Council of Europe and other international practices in gender equality issues, in the direction of ensuring a balanced representation of men and women in decision-making.

In order to familiarize with the technological innovations planned as part of the electoral reform, the representatives of the political parties also received information about Georgia's experience in the use of voter verification and electronic vote counting machines in the voting process. For more visibility, participants were directly involved in a voting simulation using election technology.

A two-day intensive information-training program was conducted by trainers of the CEC Training Center and international experts invited by the Council of Europe. The mentioned project responds to the strategic plan of the election administration of Georgia and the recommendations of the observational organizations, which envisages the strengthening of the relevant mechanisms for promoting the development of women's electoral opportunities. 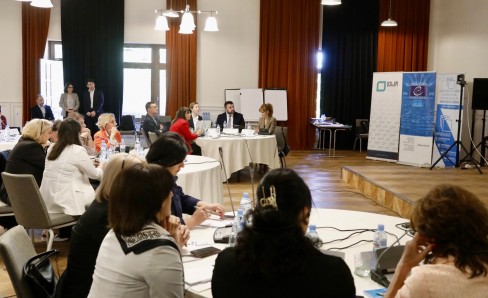 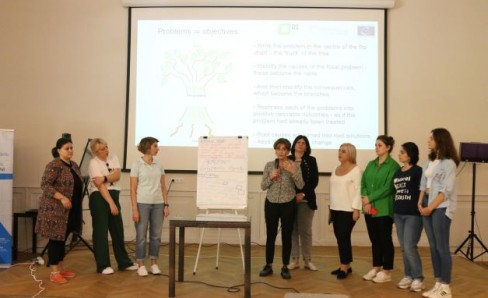 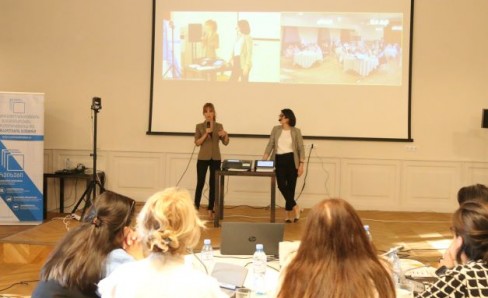