Through the Period of March 15 – April 4, 2022, the CEC and the Training Centre in cooperation with the Ministry of Education and Science of Georgia implemented Informational-Training Program “Elections and Young Voter” in public schools with the updated concept. This year the project covered 300 public schools located in 64 municipalities, among them 48 public schools in the regions populated by the ethnic minorities.

When discussing various election issues, XI-XII grade students were introduced to new modules such as: inclusive election environment; the impact of the negative consequences of disinformation and hate speech on the electoral process; services introduced by the Election Administration of Georgia to ensure the credibility and transparency of elections. Mock elections were held in public schools in the format of practical teaching with the involvement of the students. With the purpose of promoting a culture of debate among the younger generation, debates also took place with their participation.

The students evaluated the training course positively. Excerpts from the comments:

"This course completely met my expectations. It was interesting to talk about the elections, its conduct, history, the first female parliamentarians in Georgia. Disinformation issues were thoughtful… I learned the exact meaning of democratic elections. I am convinced that a person who wants to live in a democratic and developed state must definitely participate in the elections… I will be able to participate in the elections soon and such accurate visible information about democratic elections is very useful for young people… I especially liked the fun activities, mock elections and debates between the two groups with different positions… The friendly attitude of the teacher doubled the will of involvement and made the expression of opinion more comfortable. I learned what right and healthy debates is”.

The project also included meetings of election administration head officials with public school students – the CEC Chairperson Giorgi Kalandarishvili, Deputy Chairperson Giorgi Sharabidze and the Training Centre Director Natia Zaalishvili met the XI-XII grade students of the First Experimental Public School and N192 public school students. Young people were introduced to the information regarding the Election Administration activities, among them on the preventive measures undertaken in the direction of disinformation, which is a challenge in the election process; issues regarding the use of modern technologies in the election process were also discussed.

Regarding the pandemic situation in accordance with the current state education policy, the informational – training program was implemented in two ways:

The project is being implemented from 2015, and aims to raise the electoral awareness and promote the growth of civic responsibility among youth. To date, up to 19 000 students from 1038 public schools located in 64 municipalities have passed the information-training course.

The CEC and the Training Center would like to cordially thank the Ministry of Education and Science of Georgia, the Educational Resource Centers, the public school management and the students for the successful implementation of the project. 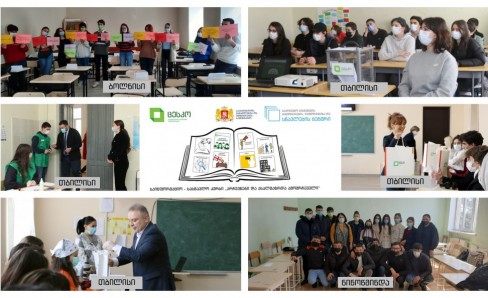 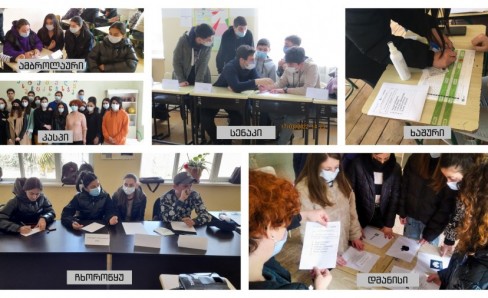 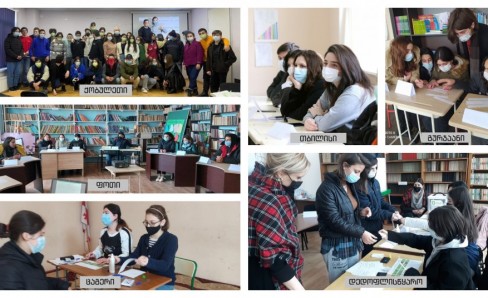 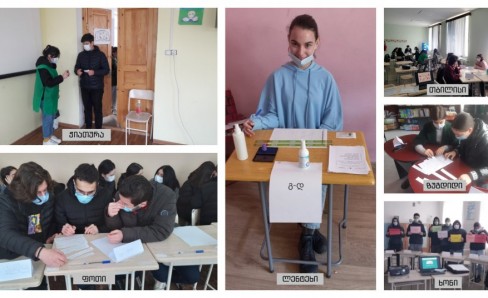 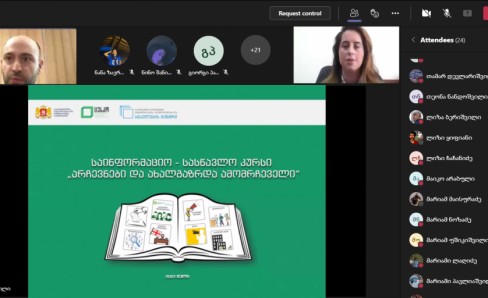