The CEC Training Center has trained 117 members of PECs operating in the N20 Rustavi and N21 Gardabani DECs for the By-Elections of the Parliament of Georgia within the framework of the intensive training program. In addition, a special training program was developed for members of special groups and PECs established in order to ensure the participation of voters being in stationary-medical facilities and in penitentiary institutions in the By-Elections.

According to the concept, members of special groups and PECs will undergo one-stage training, during which they will receive information on the following key issues:

The training will be based on practical teaching, including the performance of various thematic exercises and episodic stagings in accordance with the functions to be performed on polling day. In addition, the heads of special groups/ PECs will undergo practical training on the technique of compiling a summary protocol of the voting results.

The trainings will be provided by the trainers retrained by the Training Center, who received instruction in a special training program, in online format, on March 25.

In case of any changes, the information will be reflected immediately. 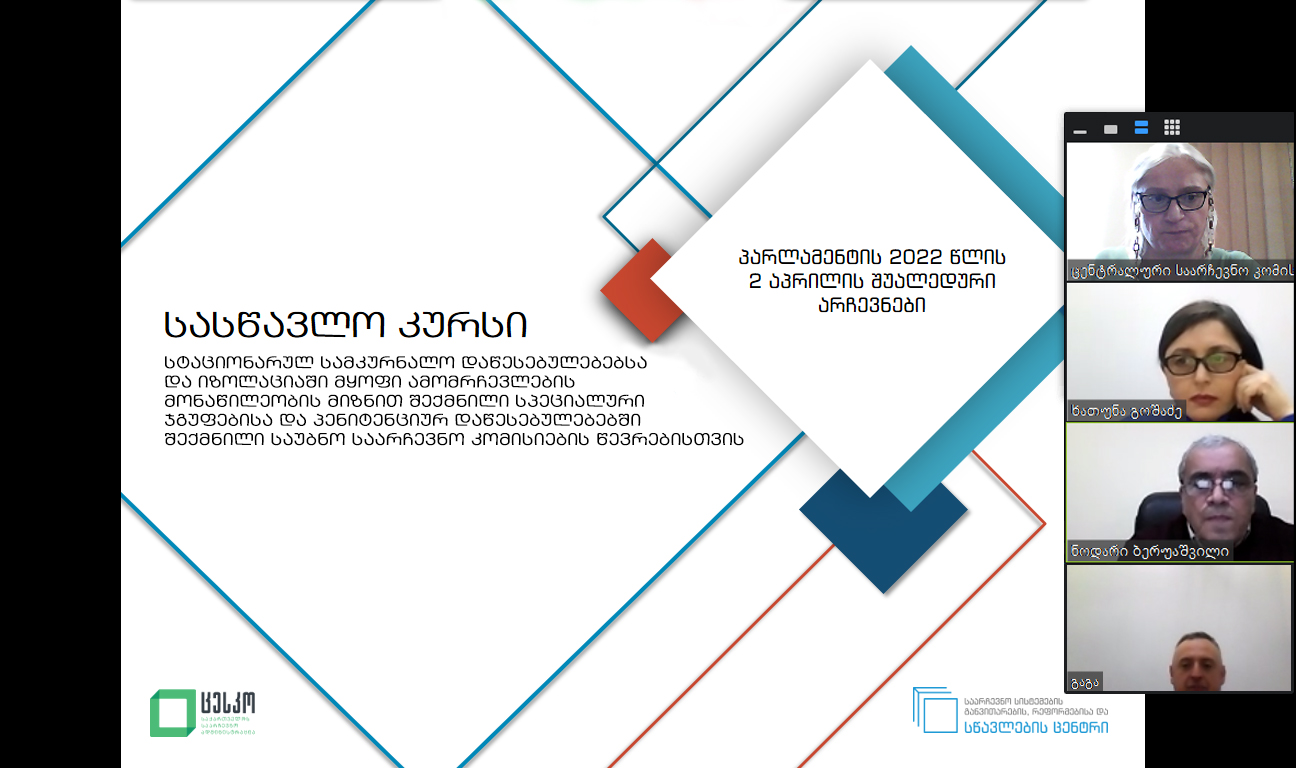