Due to the importance of the training component in order to promote the election culture, LEPL Centre for Electoral Systems Development, Reforms and Training (Training Centre) actively cooperates with the Election Administrations of different countries, whose strategic vision is related to the creation/strengthening of training institutions to ensure the implementation of educational programs in the election field.

Within the framework of the visit, representatives of the Training Centre, by official invitation, also observed the General Elections held in Bosnia and Herzegovina on October 2. Members of the Georgian delegation - Nino Berulava, Deputy Director of the Training Centre, and Natia Sharashidze, an employee of the Certification and Project Management Service, attended the seminar organized by the Central Election Commission of Bosnia and Herzegovina for international observers, on the day of voting, they visited different polling stations and got acquainted with procedural issues.

Within the framework of international partnership, at the invitation of the Central Election Commission of the Republic of Latvia, the representatives of the Training Centre were also in Riga in the format of an observation delegation, where they observed the parliamentary elections held on October 1, 2022. Members of the delegation - Ekaterine Chapichadze and Tamar Kikabidze, employees of the Administrative Service of the Training Centre, observed the process of voting at the polling stations, attended the closing of the polling station and the counting of votes. It is worth to note that the Election Administration of the Republic of Latvia has been using an electronic program for counting votes - a machine for scanning ballot papers at polling stations for years, and for the first time, for this Parliamentary Elections electronic, online registration of voters at polling stations was carried out through a mobile application. 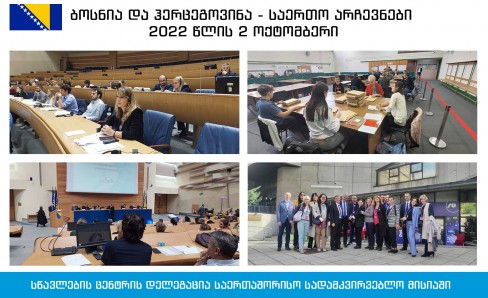 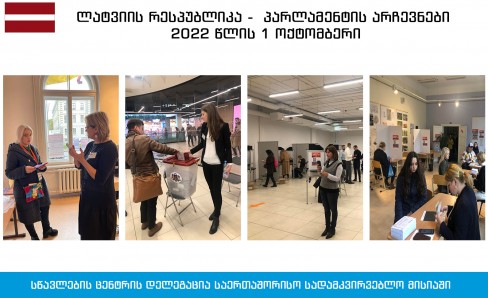